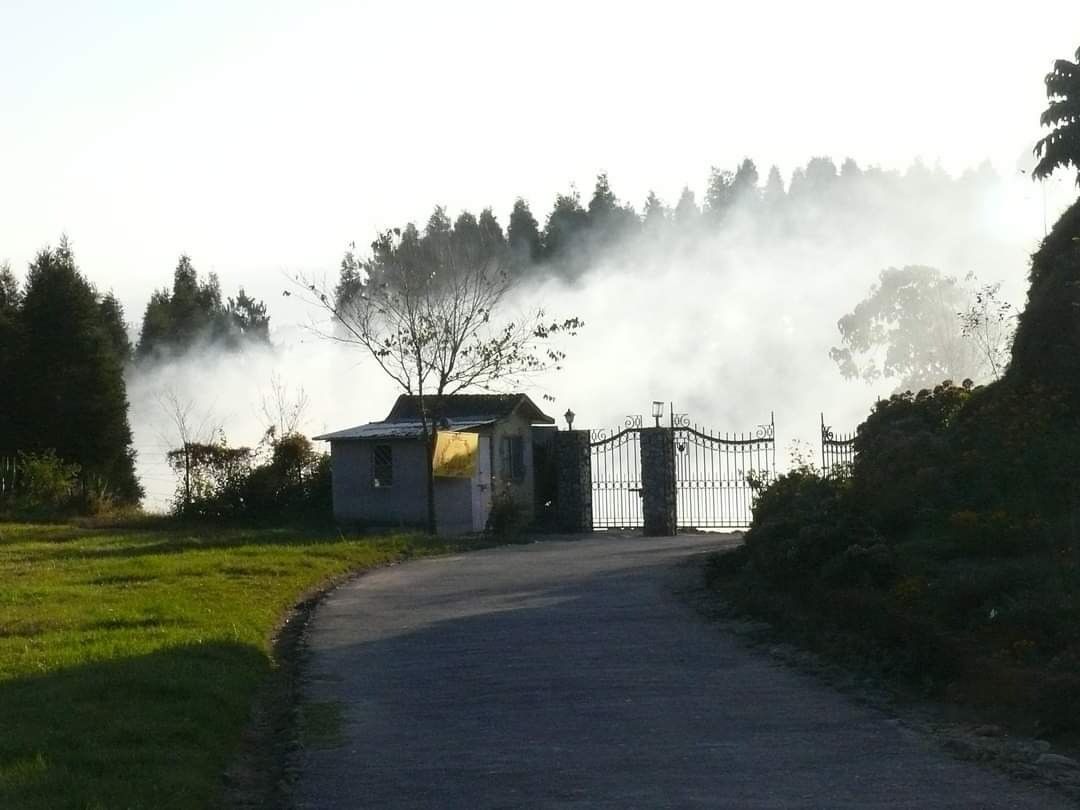 Kalimpong is a district in West Bengal and is considered as the heavenly frequented destination by mountain lovers. Kalimpong is a small hill station, situated at an elevation of 1250m, overlooking the Teesta Valley. It nestles in the foothills of the Himalayas and is famous for its beautiful monasteries, colonial architecture, and exotic flower markets.

At an elevation of 4091 ft, the hill station situated on the lap of the Himalayas, never fails to mesmerize the nature lovers and the mountain lovers with its spectacular beauty.

If you are planning for a perfect holiday at a hill station with less crown and heritage touch then, Kalimpong tourism has a lot of things to offer you. These are listed here below.

Durpin Dara, widely known for its natural beauty, monastery, and golf course, is a hill at a distance of around 1 kilometer from the city center. It is considered as one of the most popular viewpoints of Kalimpong. From there, the picturesque view of the city will leave you jaw dropped. The panoramic view of the snow-capped mountains of Sikkim and the Teesta river will make you feel heaven. Also, a golf course, a botanical garden, and the Zang Dhok Palri Monastery keep this spot at the top of the bucket list of visitors opting for Kalimpong tourism.

Kalimpong, always known for the heritage on the hills, offers the tourists the pleasure of feeling the old colonial vibe. Morgan House is an old colonial architecture of the 1930s, at a distance of 3 kilometers from the city center. It was previously owned by Mr. and Mrs. Morgan before it was undertaken by West Bengal Tourism Development Corporation. Kalimpong tourism offers the facility of night stays there to the visitors. This colonial mansion on the land of 16 acres area in the colonial city, surrounded by the mountains and the woods will inject an aesthetic feeling into you. Your experience of enjoying the view of Relli, Kapher, Deolo, and Labha valleys with a backdrop of the Kanchejungha will be your lifetime achievement.

Deolo Hill, located at an altitude of around 2000 meters, is famous for the spectacular panoramic view from there. Actually, Kalimpong city lies between two cities, Durpin and Deolo. From there the view of the city from its northeastern side makes it fore beautiful. The view of the Teesta river from there is much popular among the visitors. The water reservoirs are also major tourist attractions here. The viewpoints located at the ridge edges are the perfect spots to enjoy the sunset and the sunrise.

Jang Dog Palriffo Brang Gompa is also known as Durpin Monastery, as it is situated on the Durpin Dara hill. Apart from the spectacular Buddhist architecture, the paintings on the wall along with the fusion of British art style. The spacious hall with traditional arts and the aroma of the monastery will make you calm down. Kalimpong tourism offers you the facility of accommodation also. There are three sections in the accommodation area. One is for male visitors, one is for females, and one is for the people of administration. The male section consists of 150 bunkers, while the female section consists of 100 bunkers. Although the accommodation and foods are free of cost there, you may donate there as much as you can. This monastery has the only helipad in the city.

Galingka is a spectacular bungalow at a hilltop of Kalimpong. With the backdrop of the Kanchenjungha, the mesmerizing hill bungalow is a carrier of the heritage of British architecture. This heritage building was built up by the British wool traders as a resting shelter while traveling from one part to another for trade purposes. It is considered the ideal picnic spot due to its picturesque view. Nowadays it is used as a summer resort. Kalimpong tourism has made a park also outside the building for the tourists heading there for a perfect picnic.

Thongsa Gompa is one of the Bhutanese Monasteries in Kalimpong. This is known to be the oldest Bhutanese Gompa in Kalimpong. Although this renowned Buddhist monastery was originally founded in 1678, the present architecture that we see there now was established in the 19th century after the Gorkha rampage. The monastery, surrounded by 220 prayer wheels around, is widely known as the Bhutanese monastery among the local people. It is also known as Nyingmapa School Monastery.

Kalimpong, the Himalayan hill city, never fails to amaze the visitors with its British architecture. Crockety is one of the famous colonial bungalows here. This majestic architecture was also built by the British wool traders in the 18th century. At the backside of this building, the famous house of Nobel laureate poet Rabindranath Tagore always remains at the top of the wish list of the tourists.  The crockety building is kept open for the tourists throughout the whole year by Kalimpong tourism.

St. Theresa Catholic Church is very popular among the tourists for the fusion in its architectural style. Despite being a catholic church, it is built in a style created by the fusion of Tibetan architecture and Bhutanese Gompa. The paintings and sculptures on the wall and doors resemble tashi tagye. Tashi tagye represents the 8 sacred symbols of Buddhism. In 1931, a pastor of the Scottish Presbyterian Church named Mr. Gyan Tsering Sitling, arrived Kalimpong and decided to be Catholic. He Baptised 68 Protestants there into Catholicism. In 1937, he founded this church buying land from Santosh Singh Bhutia, and Fr Peter Ranger was appointed as the first Parish Priest there.

Tharpa Choeling Gompa, situated on the Tirpai Hills, is one of the major tourist attractions in Kalimpong. It is known to be one of the oldest Buddhist monasteries in Kalimpong. This sacred Gompa, surrounded by the Himalayan ranges is much popular among the lovers of tranquillity. It was founded in 1937 by the Tibetan monks. It is headed directly by Dalai Lama and it follows the Gelug sect of Buddhism. This monastery is considered to be a prominent museum of ancient Buddhist scriptures and literature. The Gompa opens at 9 o’clock in the morning and closes at 6 o’clock in the evening.

Neora Valley National Park is a must-visit spot for lovers of flora and fauna. This UNESCO world heritage site, spread over an area of 88 square kilometers, was established in 1986. This hilly terrain is a natural habitat of the red panda. The national park consists of three major biomes:

If you are planning for a trip to Kalimpong, then your trip will remain incomplete without a visit to the Art Café. It was founded by Pravesh Chhetri and Yachna Rizal in 2015. The café promotes the local artists there and offers books to read there with a sip of hot coffee. It is made with its rustic and vintage themes. It is decorated with vintage accessories and local folk arts. Apart from that the spellbound beauty of the city from there will definitely make you meet the Godliness

So, why wait to experience the aesthetic beauty of the small hill city in the lap of the Himalayas?

Kalimpong is a popular tourist destination all around the year owing to its mild weather conditions with temperatures ranging between a maximum of 25⁰C in summer and a minimum of 6⁰C in winter. It experiences distinct Spring, Summer, Monsoon, Autumn, and Winter, with each season unfolding a different aspect of its beauty.

With rains yet to arrive and colorful wild orchids blooming on trees, clear skies and temperatures ranging between 24⁰C to 11⁰C, late spring is one of the best times to visit Kalimpong

Summer (May and June)

Kalimpong enjoys mild summers with temperatures varying between 16⁰C to 25⁰C. Rainfall may start sparingly during this time and the sky can be clear or cloudy. The tourist season is at its peak with people fleeing the heat of the cities to spend a cool summer in the hills

This season experiences heavy rainfall causing landslides and blocked routes. Tourists generally avoid visiting this time of the year except those who want to witness the lush greenery of the hills and surrounding tea estates. Temperatures range between 18⁰C to 24⁰C

Skies are the clearest and the rainfall lowest during autumn, which afford a clear view of the mountain ranges towering in the distance without mist or fog hindering your sight. With temperatures varying between 11⁰C to 22⁰C this is another peak season for tourists and one of the best times to visit Kalimpong

Kalimpong experiences cold but not extreme winters with temperatures ranging between 7⁰C to 16⁰C. This is the perfect time to visit for people who wish to experience the coziness of a sleepy hill station

Pleasant weather presides over Kalimpong throughout the year with breezy summers and crisp winters. Though it is a beautiful destination year long, monsoons are best avoided due to the danger of landslides and winters can get foggy with low visibility.

March to May and September to November are the best for visiting Kalimpong as it receives rainfall for an average of 100 days every year and the near absence of rain in these months makes them ideal.

How to reach Kalimpong

Situated at a distance of about 70-80km from Siliguri, Kalimpong is well connected to all major Indian cities via air, railway, and road and can be reached by any of these means with easy availability of different types of transportation. Read on for more information on how to reach Kalimpong.

Though Kalimpong does not have its own airport, Bagdogra airport in Siliguri is the nearest airport with direct flights available from Kolkata, Delhi and Guwahati and connecting flights available from most other major cities. Multiple flights are available on a regular basis from all over the country. Pre-paid taxis, shared cabs or private cars for hire as well as buses are easily available from outside the airport which will take you to Kalimpong in about 2-3 hours

The nearest railway station, located at a distance of approximately 77km from Kalimpong, is the New Jalpaiguri Railway Station. It is well connected to all major Indian cities like Kolkata, Mumbai, Delhi, Bangalore, and Chennai among others several trains are available every day and at different times. You may avail of buses or hire a taxi from the station to Kalimpong which is about 3 hours away

You may even hire shared or private taxis or jeeps if you choose to drive to Kalimpong while enjoying the stunning views along the way. Cars can be hired from Siliguri which is about 70-80km, Darjeeling which is about 50km or Gangtok which is about 75km away

Kalimpong is centrally located, well connected, and easily accessible via air, rail as well as road. While traveling by air is fast and convenient, traveling at least part of the way by road is an adventure in itself with the rich, scenic beauty of the hills keeping you company all the way to your destination.