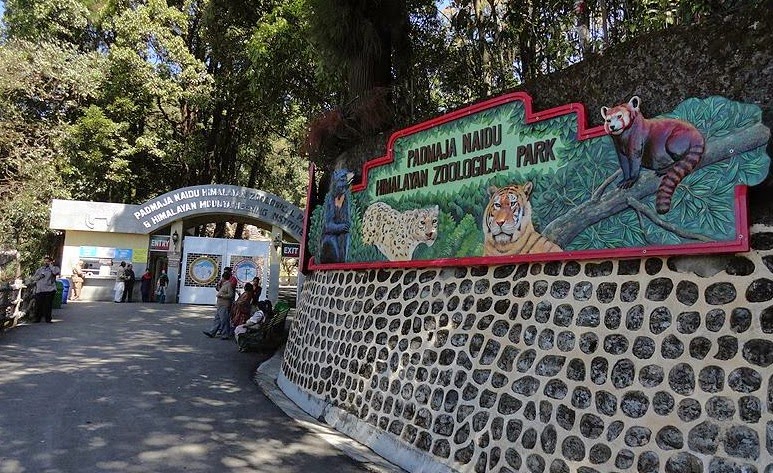 The Padmaja Naidu Zoological Park, more commonly known as Darjeeling Zoo was established in the year 1958 and spread over an area of more than 60 acres. Situated on an elevation of 7000 feet, this zoo earns its name as the highest-altitude zoo in the country.

The zoo was named by the former Prime Minister of India, late Indira Gandhi in memory of her daughter Padmaja Naidu. A national leader and a poet, she was also among the former Governors of West Bengal. The zoo was formally opened to the public on the 14th of August, 1958. In 1960, a pair of Siberian tigers were presented to the Indian Government on behalf of the Soviet Government.

Today the zoo serves as the HubSpot for the red panda program that’s campaigned under the Central Zoo Authority of India. It also marks a noteworthy spot in the World Association of Zoos and Aquariums.

The zoo houses many species of endangered animals including the red panda, snow leopard, Tibetan wolf, yaks, blue sheep, Himalayan monal, Himalayan salamander, grey peacock pheasant and more. There are around 200 species of plants, shrubs, trees and other fauna, and another 60 different varieties of orchids. You can also find plants of medicinal value in and around the zoo along with old oaks and pines abstractly branching out into the sky.

The zoo is located very close to the Himalayan Mountaineering Institute; in fact, both of them are located on the same premises and share a common ticket counter. Once you take the tickets and enter the main zoo area, you’ll find a number of roads leading uphill. You can go towards the birdcage to photograph a couple of Macaws or merely spend some time sitting on the benches outside, watching the variety of colourful flocks of parakeets, peasants or mynas inside.

Further close to the trail you’ll find the bear enclosure; its easy to catch sight of these majestic creatures when they aren’t sleeping inside. Enclosures closeby house varieties of deer like the Sambar Deer, Musk Deer, Barking Deer, and others. A brisk walk further up the hill will lead you to the cat enclosures. These felines have been brought from various parts of the continent and include snow leopards, clouded leopards, and the big beasts- the Indian tigers.

Make sure you visit the panda enclosure; tourists often tend to crowd this section so take a while and wait patiently for these aminals to descend from their natural habitats of treetops once in a while.

The Padmaja Naidu Zoological Park is located in the centre of Darjeeling and is fairly easy to reach. You can take a cab, or even brisk walk to the zoo if you’re living close to the Mall. The zoo is open from 8:30 am to 4:30 pm on all days of the week except for Thursdays, so it is advisable to plan accordingly.